I Never Knew Salt Could Be So Beautiful

Tim and I were driving through Utah heading towards Truckee, California after a weekend in Colorado. We expected our 9 hour drive day views to be dull. Most of our drive would be through Northern Nevada where we expected long miles with small towns every so often. After passing by the Great Salt Lake, I expected the long drive slowdown to kick-in. But then I saw it. The mountains were being mirrored. I almost thought it was an illusion. The crystal white ground was such a contrast alongside the long stretch of highway. 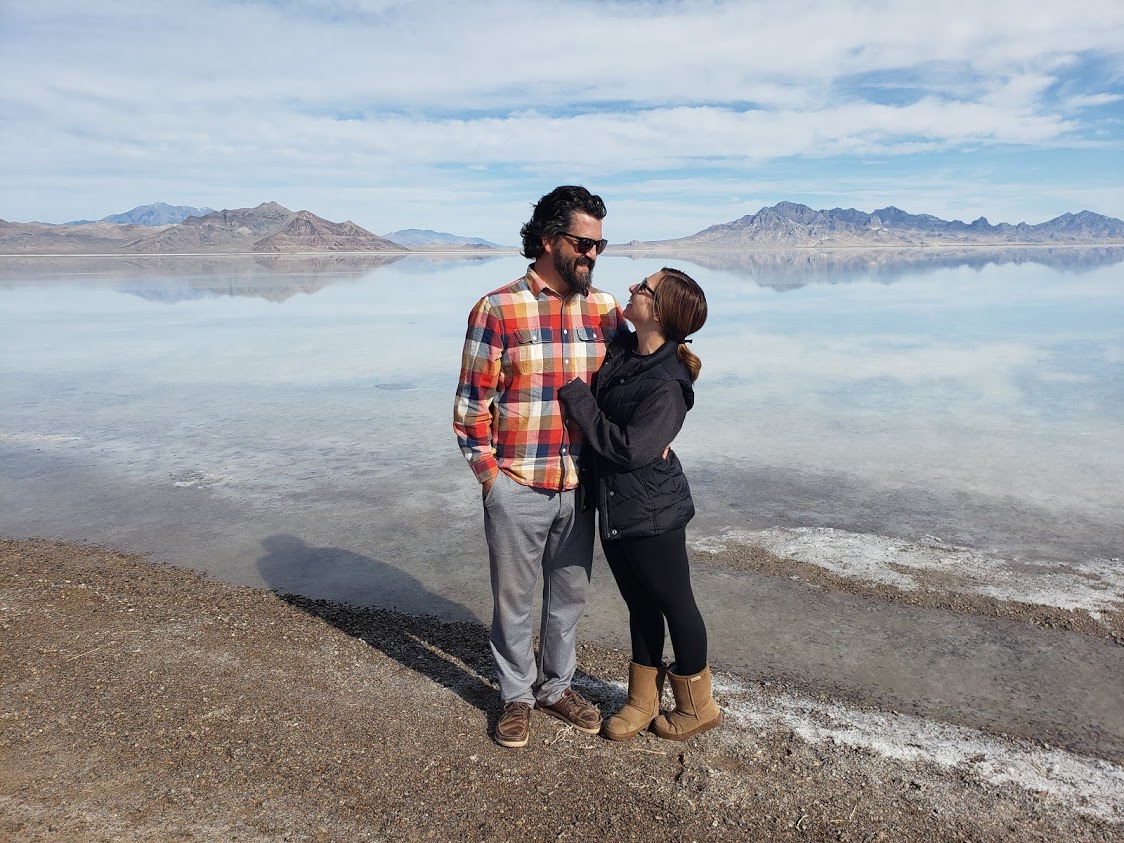 I had never seen anything like it. Suddenly it looked as if we were driving through a painting. The mountains looked as if they had a romantic haze around them. In the not so far distance, we could see a rest stop. It appeared as if it would be a good place to get a better look at the scenery and discover what we were looking at. Turns out, the rest stop not only did that but gave us an opportunity to get close to the salt flats.

We discovered the area is called the Bonneville Salt Flats. This 30,000-acre land is covered by hard crystal white salt. The salt flats themselves cover 46 square miles. When standing in front of it, it looked as if they went on forever. Some parts of the salt looked extremely thick as if you could stand on it and not fall through. Other areas were thin, exposing some of the mineral-rich water below. This thin area made the ground appear like glass. 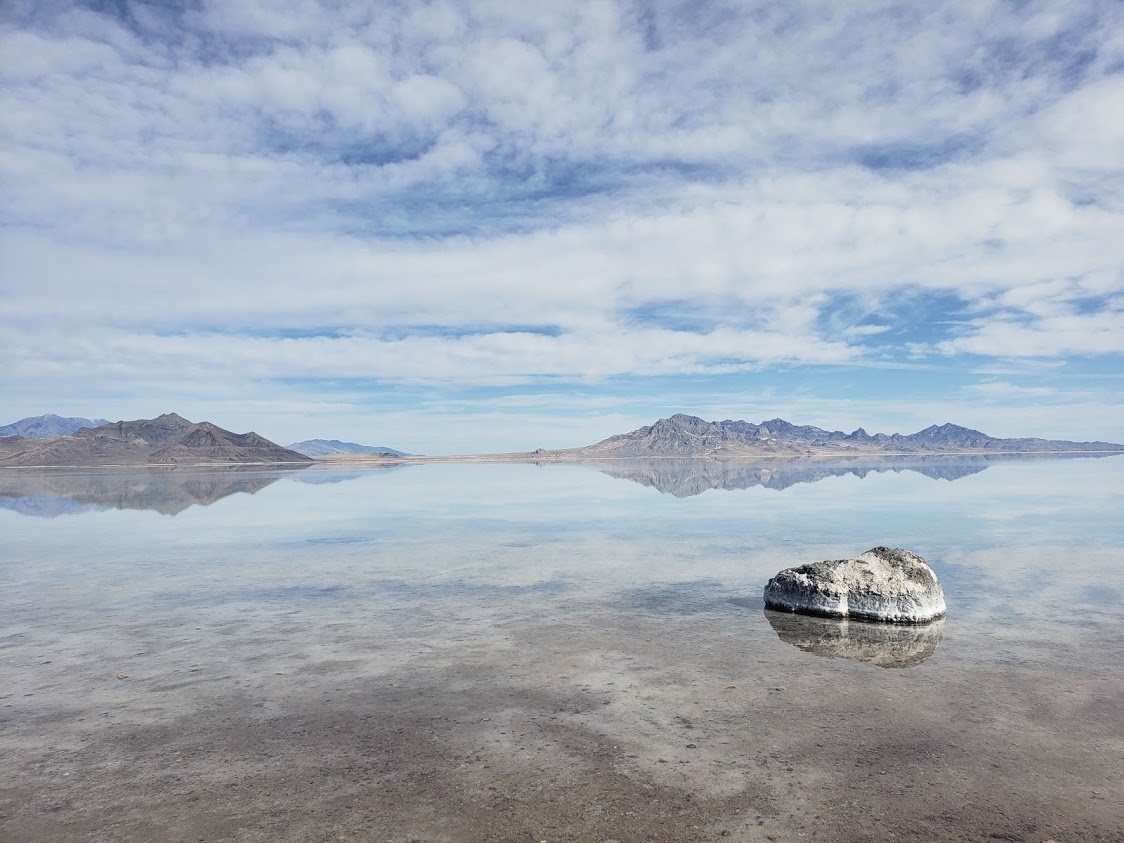 We walked around and enjoyed the area, soaking it all in. Stopping made for a longer road day, but the Bonneville Salt Flats added beauty to the day. Random moments like these, where you stumble upon something beautiful and unexpected, are some of my favorites of road trips. It adds to the adventure, makes the drive more enjoyable, and is a reminder that it’s not solely the destination but the journey that matters. 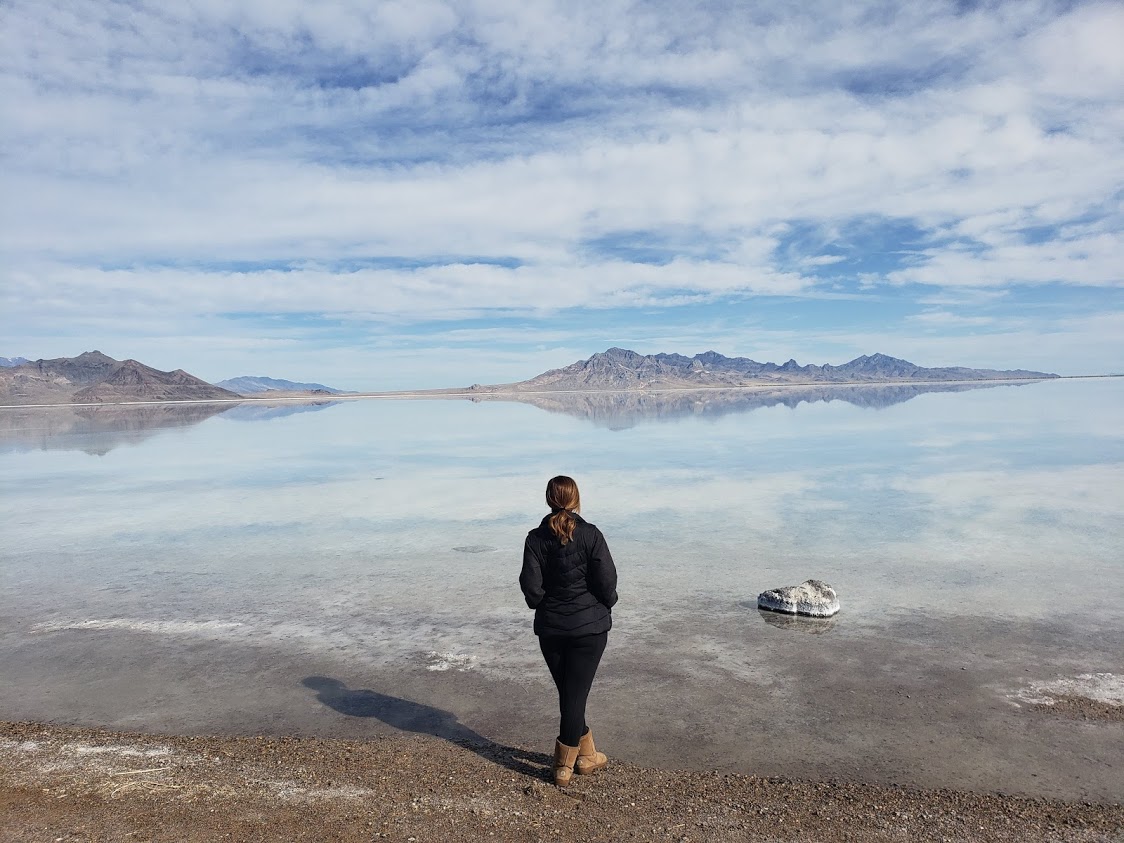